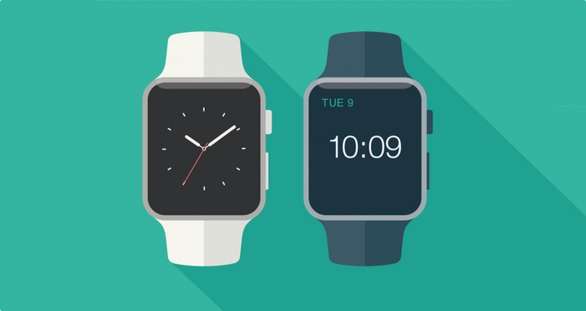 A couple of weeks ago we finally put our hands on some Apple Watch. The guys in the office were eager to test it, although we knew that in the current version there are way too many limitations. The results were mixed and instead of making one post, we have decided to give a chance for some of our developers to tell their experience with their own words.

“Apple Watch is a great device if you want to focus less on your iPhone. The notification system is very handy, the digital touch is a fun way to communicate and the activity tracking feature is a must have for everyone who wants to buy a device like this. The interface is really stunning, but it lacks some features. For example if I only rotate my wrist but not raise my hand the display wont turn on. Apps are smooth but they need your iPhone to operate well. This is a huge disadvantage, but from watchOS2 you will be able to run 100% native apps. I know that the whole experience will be much better and you will see the loading indicator less. I am very happy with the built in apps, but third party applications need to improve a lot. Remember this is just a prototype of a whole new product line, like the original iPhone was. I hope Apple will realize that a device like this needs a 2-3 year refresh cycle and we don’t have to get a new watch in every year. I am very happy with my watch and I can’t wait for the final release of the new watchOS because i want to make some cool apps.”

“I tried Apple Watch for a week and I realized during usage that it’s a great device. Before I used one I didn’t know why would I need this and to be honest I don’t need at all but I want one. Just because the overall experience is excellent. It’s not accomplished yet but it has already the basic characteristics for which it will be outstanding. The design is impressive in every tiny detail, even the back of the Watch is beautiful, the display has so deep blacks that blends into the sides. The UI and the watch faces are also great, most of the time I used the “simple” face without any detail because it’s so clear and elegant. It makes everyday life convenient, you don’t have to pull out your iPhone, you get the notifications, you can control your music, it’s fun to adjust the volume with the digital crown. It provides strong motivation, since I use this I went everyday running or to the gym. There are a lot of possibilities to improve, for example when music is played the digital crown could control music in closed view. There are a lot of limitations as well and the third party apps are often slow but it’s all new device so it’s understandable.”

“In my opinion there are three main functions that a device like the Apple Watch should offer to me. Notifications, quick applications and activities. Unfortunately, in my case, all of these have failed. I have to use too many interactions to handle notifications. Tap to view, swipe down, swipe left, tap the delete button on every single notification. There should be a better and quicker way for this. The applications are great: the ones that are made by Apple. One simple function with little chunks of information. This is what I want. There are some apps in the store, but only a few of those do this simple job (who wants to read Twitter feed on the Watch?). Unfortunately the Activity app is the worst with my phone as it never shows correct data. A quick example: Health app – 7200 steps, Activity app – 2m (after 20m walk). How did I do that? I have searched for it a lot, simply it’s not working for me (except if I start a workout). Sooo annoying! I know I belong into that 2%, but I’m disappointed and dissatisfied. Although this is the first watch that Apple released, so there is hope, maybe the next generation or the watchOS 2 will bring some fixes and cool features! I will check it out!”

“The well hyped Apple Watch – I wasn’t fully impressed when i first tried it. For me it seems like we are going way back to 2008, when the first iPhones were released. Why I think that? You see all these features and the hardware is just a small part of a much bigger picture. For me mirroring my iPhone onto my hand is not much of a pain solution. Sure it is fancy, trendy and is very eye candy, but is this enough? There are some good ways of using notifications, like push notifications on my smartphone, but what really works for me is the health tracking, now that’s something. I don’t think its very accurate as of yet, but we are getting there. It really made me work out even more and it can turn my lifestyle into a healthier one, so high five to Apple. Since Apple Pay is not available in our region, the notifications are not that important for me, it is a very expensive health tracking device, nothing more. With time, the bigger picture will be revealed and then I will most probably change my mind.”

“My test period of the watch was rather special – my 7 year old took it the day we started the test and used it for several days. First I was ready to “take it back” (nerdy parents, you know the feeling.. :)), but then I have decided to let a 7 year old do the testing instead of me. I have noticed that the small fingers could touch and control the user interface much easier than I do, but it was expected. By the way, the interface was very easy to learn and convenient to use for him. Over the course of several days (and several apps), the conclusion was that the current games on the watch are not much fun. However, the fitness tracker feature was used a lot. The battery was also ok, we had to charge the device less than expected. After a while I have noticed that the kid is not “using it” like he does the iPhone/iPad, but just had it on – like a normal watch.”