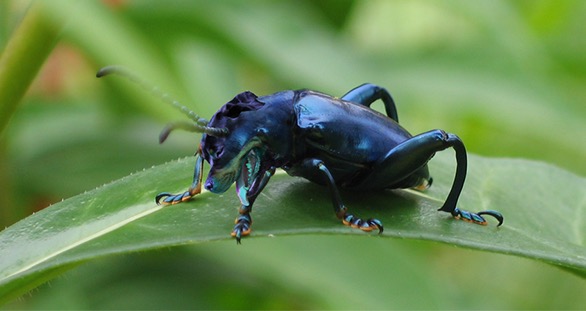 I was looking for a drawing tablet for a while, as everyone who designs, whether it is for web or for print, needs one sooner or later. Choosing the right device mainly depends on how much and for what tasks the designer intends to use it.

For about six years ago I bought a Wacom tablet and it was perfect for making smaller illustrations. Later I got a scanner and switch to the process of first drawing by hand, then scanning the sketch, and finally creating the digital illustration. For the few cases that required a drawing tablet, the small Wacom tablet was enough.

Let’s see what a drawing tablet can be used for:

Although recently I design mainly mobile and web interfaces and do less illustration tasks, I felt that my little Wacom tablet is somewhat old-fashioned. Not to mention the fact that I could not find a new pen for a long while. As I wouldn’t use my new tablet every day, I did not want to buy an expensive one. Fortunately, I’ve read about a very cheap tablet in the blog of one my favorite illustrators, Ray Frenden. He reports that this device works better and has a better line quality than the more expensive Wacom tables and also notes that it works well with OS X.

The price made me skeptic as I couldn’t believe that a tablet with a price range of $60-80 can be any good, but the authority of Ray convinced me to buy one. Eventually, at the end of December I got the tablet and it’s surprisingly great.

I’ve ordered the 10×6.25 inches version, and I was amazed how big it is as I expected it to be much smaller. After a few minutes of calibration, I’ve quickly set up the brushes and started using the device without any difficulties.

I found only one thing a bit disturbing. I’m left handed and the model I’ve bought has buttons on the left side as well, and sometimes I press them unintentionally during drawing. I’m sure I will got accustomed to be more careful, but if I was making the purchase today, I would definitely choose the one without the controls.

A very positive feature is the quality of the nib. The tablet comes with three extra one which could last for a while even if one draws several hours a day. The pen has a battery inside, and it can track the motion of the hand relatively far from the surface.

I couldn’t write any negative about the device. I can only mention that putting the battery into the pen wasn’t an easy process, though it’s wasn’t that hard either. The gray rubber ring that separates the parts of the pen could be less soft because when I put the batteries in for the first time, they did not get a fixed position and the connection was unstable. I haven’t experienced this problem since, so probably this happens only after a battery change. Fortunately you don’t have to take your pen apart frequently, but this current solution should be improved in the future.

To sum up, this tablet really worth its price. No other tablet is on the market with a similar quality and the same price tag. Monoprice only ships to the US, but fortunately the product can be found easily on Amazon and eBay. I truly recommend the device for everyone – even if you draw just as a hobby.